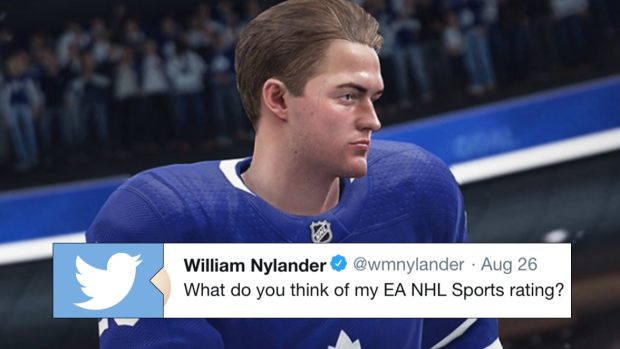 The Leafs have a really good young core in Auston Matthews, Mitch Marner, and William Nylander, but it's not going to be easy to keep that core together.

Obviously the Leafs are going to do everything in their power to sign all three players to long-term deals and Nylander is the first of the three in which Toronto has to sign.

The restricted free agent has made it clear he wants to stay in Toronto for a long time, but a deal still hasn't been agreed on.  Leafs fans have obviously been keeping a close eye on the negotiations between their team and Nylander, so it's not really a surprise that they had the same response to Nylander's tweet about his NHL 19 rating.

I think that ratings worth 8x6 per year.

Show them what you should be this year. Get to signing, winning and hoisting. #GoLeafsGo

Probably wouldve been +5 if you signed already

I hope Dubas compares Willy to other 85 overall cap hits.

I think the Leafs can’t afford to fit an 85 OVR under the cap. 😅

I think it's okay....please re-sign in Toronto

This will come up in contract discussions

Leafs fans just want Nylander to sign and quickly, preferably before training camp gets started.  We're sure Nylander wants the same thing, so at this point everyone just has to be patient because all signs point towards it happening eventually.