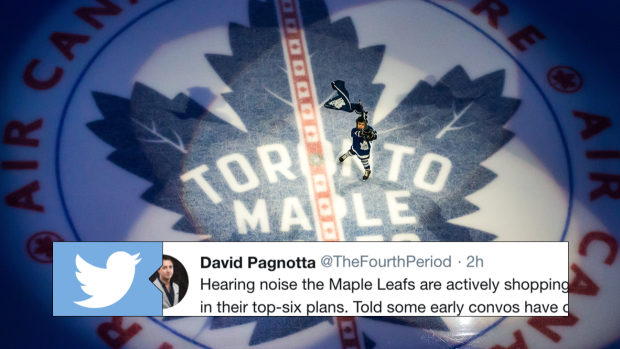 The only news Leafs fans want right now is about William Nylander.  The RFA still hasn't signed a deal with Toronto and with the season less than a week away, all of the attention from fans is on that contract situation.

Seeing as we haven't heard much on the Nylander front in recent days, a trade report involving a Leafs' defenceman should have fans at the very least talking about something else other than Nylander's contract.

Hearing noise the Maple Leafs are actively shopping D Connor Carrick, who isn’t in their top-six plans. Told some early convos have occurred, so far.

Carrick didn't play in the team's last preseason game against Montreal and isn't expected to be in Toronto's top-six when the final roster cuts are made.

#Leafs that didn't play yesterday in Montreal on the ice now.
Lines:

Whether a trade actually happens remains to be seen, but based on the reaction to the report, it seems like Leafs fans would be fine with a deal involving Carrick.

*coughs* opens up 1.3 million in cap space too

4-6th rounder I bet. Chicago could come calling with the injury to Murphy #TMLTalk #Blackhawks

Might as well give the guy a chance elsewhere

I honestly hope that they move him; instead of making him the next Leivo, Corrado