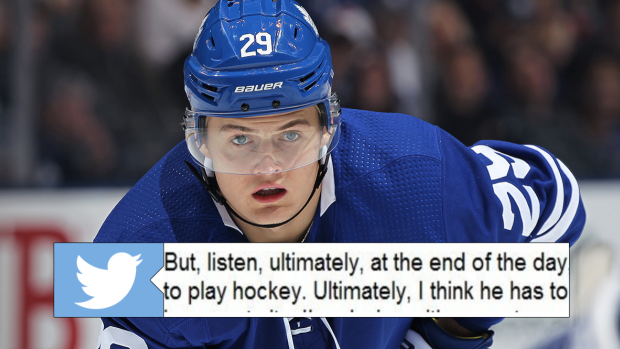 We're less than a month away from the December 1st deadline William Nylander has to sign a contract with the Leafs.  If he doesn't sign by that date, he'll have to spend the year outside of the NHL.

A number of former players and NHL analysts have commented on the situation over the past few months and on Monday, Wayne Gretzky was the latest to share his thoughts on Nylander sitting out on Leafs Lunch:

Gretzky's take on the entire situation is probably one most fans agree with.  The Leafs haven't had this good of a chance to win a Stanley Cup in a long time and having Nylander would increase those chances.

That said, nobody knows what's going on in Nylander's camp and based on the latest report from Pierre LeBrun, the team and Nylander are talking, but that's about it.

And of course in the meantime, with Dec 1 looming, Leafs also hearing from teams regarding Nylander. No choice at this point but to make sure every option is investigated regardless of the outcome.