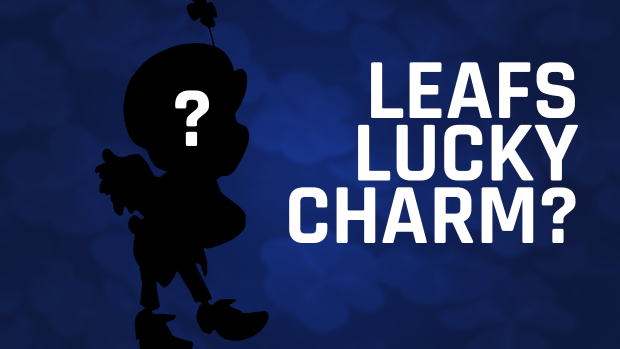 Tyler Bozak’s son Kanon has been responsible for some truly adorable moments with the Leafs over the past couple of years and now it appears he has become a good luck charm.

According to Bozak, the new ritual of his son waiting for the players and giving them fist bumps as they come off from warmups has become somewhat of a good luck charm. Since he started doing it, they have won 17 of their last 19 games at home and are now 1-0 at home in the playoffs. Now they’re hoping they can get some more luck to tie up the series on Thursday night.

Tyler Bozak says Kanon loves every #Leafs home game: "Walks wherever he wants in this rink now and thinks he owns the place. He started doing [the fist bumps] when we started our little streak at home. It’s been working well. I like to say he brings us a little luck." https://t.co/PwhDASiWhL

Last season, the ritual between Tyler and Kanon was to meet in the corner during warm ups, but now it’s a more team-focused effort.

Baby Kanon Bozak getting a glimpse of his pops at work! #TMLTalk @bozie42

If this continues, perhaps we’ll start to see Kanon show up for some post-game press conferences. We know Riley Curry’s was launched into stardom during the NBA playoffs, so perhaps this could be the stage for Kanon as well.