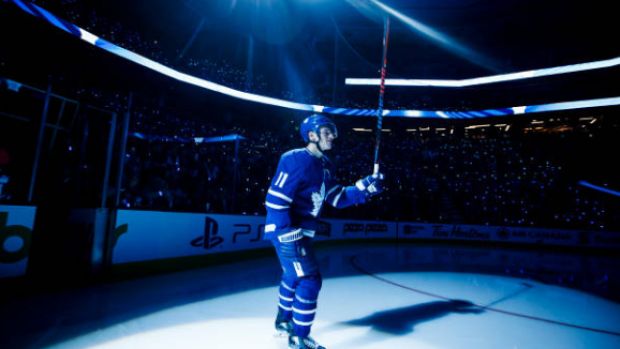 Playing for your hometown hockey team is quite the accomplishment for Toronto native Zach Hyman, but that hasn’t stopped him from continuing to make an impact away from the rink.

Almost any player on the Maple Leafs will have endorsement opportunities present themselves based on the general interest of the hockey team in southern Ontario, and for Hyman, he’s decided to endorse himself with his own eSports company.

Eleven Gaming, or E11 for short, is currently beefing up its roster of competitive gamers that play the popular video game Fortnite. They’ve already launched their own social channels and are in the final process of officiallly rolling out their website come October 26. The company was named after Hyman's No. 11 he dons out on the ice for the Leafs.

Proud to finally announce the official launch of my esports company @E11Gaming! Follow along as we reveal our roster over the next 11 days! https://t.co/I4XEu3TgI2

"[Esports] is a growing and developing industry," Hyman explained to Pat Pickens of NHL.com.

"I met with a couple of different esports companies to gauge interest in investing in something I like and thought was going to grow I didn't really find one that suited me, so I decided to go out and start my own thing."

We are very excited to announce @autumnrhodess🍁 as the new member of the #E11 content creators squad! 👾

The team will compete in San Jose, California from October 26-28 at TwitchCon with a $1.8 million prize up for grabs. Four of the nine players on the team have been revealed.

As of now, E11 will sponsor only Fornite gamers that’ll hopefully cash in big at gaming tournaments in which they could use to re-invest into new gamers through the streaming service Twitch as well as growing their brand through social media.

"People watch other people play on Twitch," Hyman said. "We can capitalize on that stuff and help our players build their brands and facilitate growth. In turn, it helps grow our brand as well."

Hyman, an avid gamer himself, is no stranger to branding himself outside of the hockey world. In 2014, Hyman published his first of three children’s books.