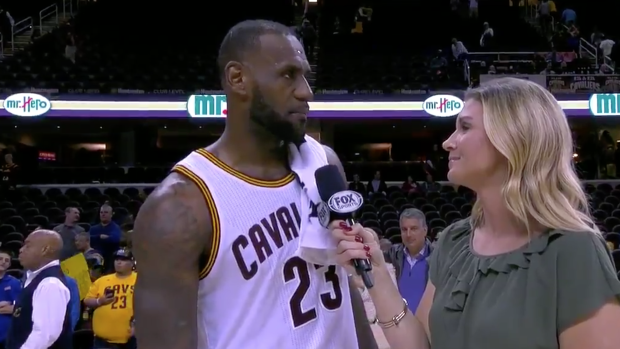 Even when the Cavaliers are winning, things are still going wrong for the team.

Sunday, Cleveland won a double overtime thriller against Indiana, 135-130, for their second straight victory after losing three of four.

During the second OT, though, tensions boiled over between LeBron James and Tristan Thompson as they got into a heated exchange.

After the game, LeBron was asked about the exchange and he apologized for what happened between him and Thompson.

The win was massive, and yet, it still feels like things are continuing to fall apart for the Cavaliers.

This wasn't the first time LeBron's called out his team this year, either, as he did so after a loss to the Nuggets, as per ESPN:

“It ain’t about a group. It’s about individuals,” James said. “We’ve got to be more, just do more. It ain’t about no group. You can’t preach toughness. You’ve got to have it.”

James and the Cavs are a half game back of Boston for first place in the East entering play Monday night.