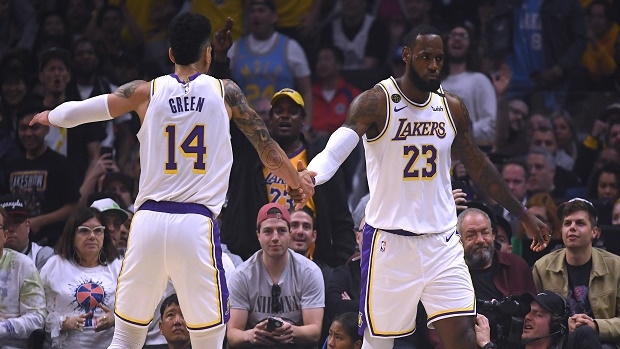 It’s hard to deny that LeBron James is one of the best athletes of all time.

Winning seems to follow James with every team that he brings his talents to, and now, he’s looking for his fourth NBA Championship with a third different team.

LeBron has won two Larry O'Brien trophies with the Heat, and one with the Cavaliers. While there’s plenty of players who’ve won more titles than him, only Robert Horry and John Salley have won titles with three different teams. Bron is looking to be the third to complete the feat.

LeBron has now made a Finals appearance with three separate teams. pic.twitter.com/lzIeQE0Rar

LeBron isn’t the only person going for a title with a third team, and as pointed out by Twitter user @The_6ix_man, so is former Raptor and fellow Laker, Danny Green!

So has Danny Green https://t.co/uipnsqzE7m

We’ll see if these two can join the three chips with three teams club.