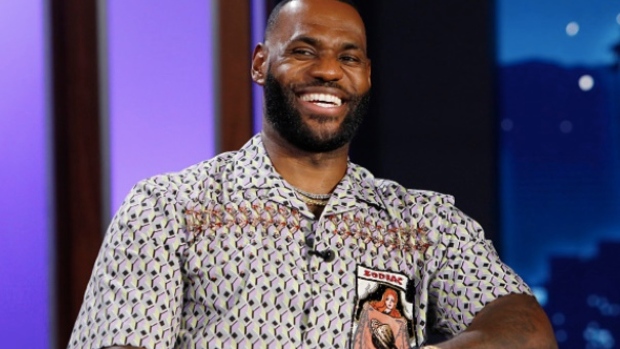 It’s obvious that LeBron is making a some pretty sweet coin on the court.

His current contract with the Lakers has him earning a base salary of $41,180,544 this season alone, and if you do the math over the span of his 18 seasons in the NBA so far, he’s definitely made more than a pretty penny during his career.

Of course, his superstar status as a basketball player aside, everyone knows LeBron hustles just as hard off the hardwood as he does on it.

His latest venture, Space Jam: A New Legacy, earned an estimated $31.7 million at the box office during its opening weekend alone, and he has countless other side hustles in addition to that.

Just how rich is King James, you might ask?

As reported today by Kurt Badenhausen, LeBron is now the first-ever NBA star with $1 billion in career earnings while still active in the league.

LeBron is 1st NBA star with $1 billion in career earnings--salary/endorsements--while still active. Next up among current players:

Wheeeew, that is a serious bag!

Congrats to LeBron on the huge accomplishment.