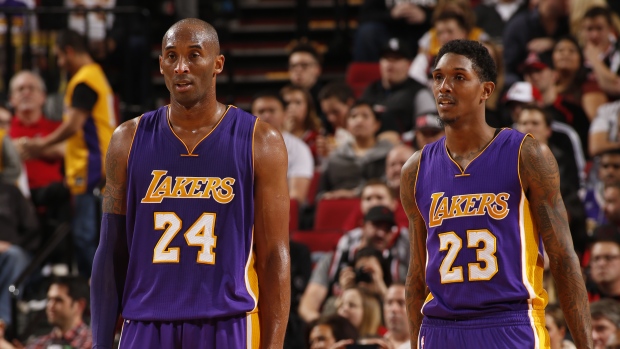 Lou Williams was one of Kobe Bryant’s teammates in his final NBA season during the 2015-16 year, and just like everyone else around the league, he was deeply impacted by Kobe’s tragic passing in January.

To honour his friend and former teammate, Williams released a rap song titled “24,” which he describes as “an open letter to Kobe.” He posted a snippet to his own Instagram, and the full track can be heard on Complex.

"Rest in peace all parties and rest in peace a GOAT / Legends never die Kob', you gave us all hope," Williams raps. Throughout the track, he also touches on other topics including Kobe’s 60-point game in his last game and his daughter Gianna.

Every player in the NBA has been influenced by Kobe, whether directly or indirectly, and it’s clear that Williams has no shortage of classic Kobe stories to remember him by either.

I was cracking up when you told this story Lou. 💔 pic.twitter.com/RGBSqlazyU