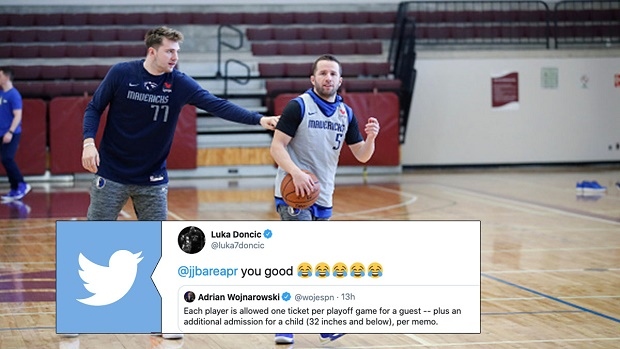 On Wednesday, the NBA announced new rules for guests entering the league’s bubble in Orlando during the playoffs and they were very particular with them.

Each player is allowed four guests, but can have more enter the bubble if it’s their kids. For the games, the players will be given one ticket per playoff game for their guest, but will receive two if the second ticket is for a kid. However, in order to pass as a “child” the person must be 32 inches or shorter.

Each player is allowed one ticket per playoff game for a guest -- plus an additional admission for a child (32 inches and below), per memo.

As a result of this rule, Luka Doncic ended up roasting JJ Barea shortly after hearing about the new rules from the league.

Barea is listed as 5-foot-10 on the NBA’s site which is pretty average, unless you’re in the NBA.