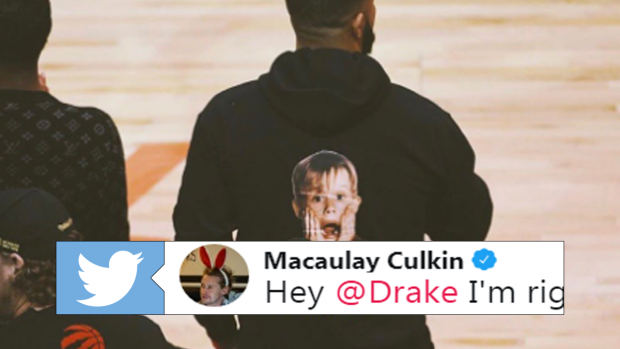 Drake has been stirring up a lot of attention with his outfits lately. The get-ups usually have some kind of meaning to them, especially since the Toronto Raptors have made the NBA Finals. Everyone knows about his master troll job with a Dell Curry Raps jersey in Game 1.

He was back at it again for Game 2, this time focusing his sights on injured Warriors star Kevin Durant.

.@Drake wondering where @KDTrey5 is? 👀😂 pic.twitter.com/roKtSE2yFT

It created quite a buzz on social media, with many people responding to the troll job. That included KEVIN HIMSELF!!

Macaulay Culkin, who played Kevin in Home Alone nearly 30 years ago, took to Twitter to send Drake a message. He wants Drake to know exactly where he is.

“See you at the BBQ”, this has got to be the most entertaining NBA Finals in a long, long time.