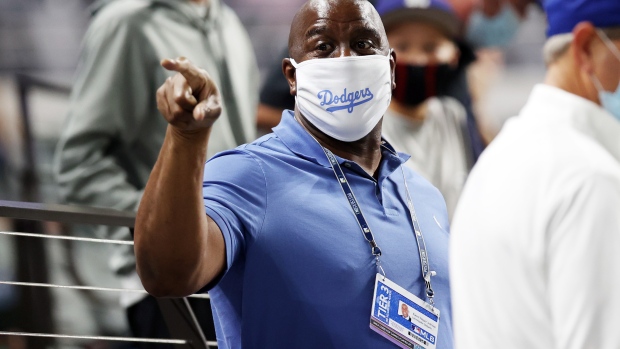 Some of the greatest athletes of all-time have dominated their sport to the point of amassing a hand’s worth of championship rings. Bill Russell famously has 11 rings, Michael Jordan has six, you get the idea.

Magic Johnson did that, too. As a member of the showtime Los Angeles Lakers, he won five rings. But, he’s also gone above and beyond in his post-playing career, collecting championship rings in two other leagues as well.

Three different professional leagues, 12 total rings. How many people can say that?

Obviously, Magic was enjoying the moment, and even his old Showtime teammate Kareem Abdul-Jabbar was showing love.

Seeing my teammate @magicjohnson enjoying the Dodgers victory brought me to tears & all the emotions of 1988 came flooding back when we were back to back champions in June & Oct of 88! ♥️ LA Does this mean that Magic is no longer a Detroit Tigers fan ? Lol ! pic.twitter.com/VwNkXu0VeN