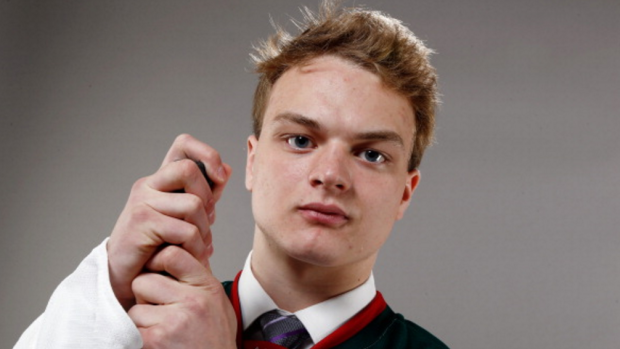 Monday, the Vegas Golden Knights made history by making their first player transaction as they signed Reid Duke of the Brandon Wheat Kings.

The #GoldenKnights have made their first player transaction in team history by signing Reid Duke. (📷: @vegasgoldenknights)

The 21-year-old becomes the latest player to be the first in an expansion team's history, and with that probably comes some pressure.

Luckily for Reid, that pressure and attention has gone to a more well known "Reid Duke" so far.

Won my last 3 rounds after starting 1-4. Regardless of record, being able to compete on day 2 is a real joy #TeamPuzzleQuest #PTAER

Reid Duke, a "Magic: The Gathering" player who has over 30,000 followers on Twitter is the second search result on Google when you search the name "Reid Duke."

Duke's Twitter account, however, comes up before the hockey player's, so naturally some fans mentioned his account on social media after the news of the signing broke.

Future Trivia Question: First player signed by the @GoldenKnights as an @NHL team. Answer- @ReidDuke of the @bdnwheatkings of @TheWHL 🏒👍🏽

Most, though, figured out that there are two well known people with the name Reid Duke out there, and the 'Magic' player took to Twitter to congratulate the hockey player on signing with Vegas.

Wow, fifty million notifications about the other Reid Duke (hockey player) doing something awesome. Staying off Twitter for a while!

As for the hockey player Reid Duke, his Twitter account is @rduke96, and based on his 1,030 followers, he has got a long way to go before becoming as popular as the real Reid Duke.