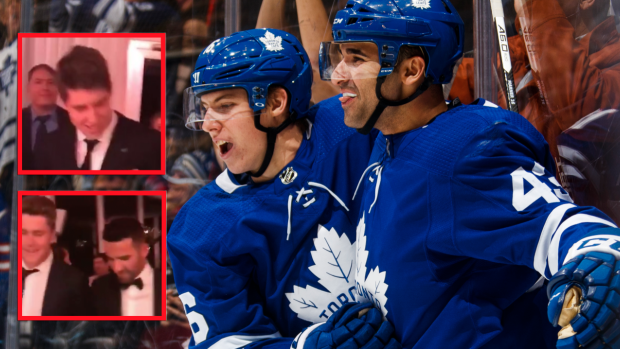 Summer is the season of weddings for hockey players and Saturday night, Nazem Kadri of the Toronto Maple Leafs tied the knot.

As expected, a number of his teammates were in attendance for the incredible occasion and at one point in the night, Kadri and some Leafs players did the Dabke.

The #MapleLeafs showed off their dance moves at @43kadri’s wedding! . #Repost @bardown . (🎥: @bassamsaleh1)

Marner was down as soon as he heard “Dab” https://t.co/7f3xNL4jCT

From that video alone, you can see that Mitch Marner, Morgan Rielly, Jake Gardiner, and Zach Hyman attended the wedding and we're sure there were many other Leafs or former Leafs that attended, too.

Congrats to Nazem and his wife on Ashley on what, by the looks of it, was an absolutely magical day!