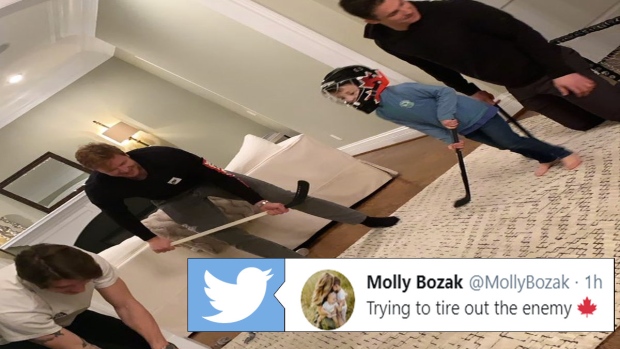 The Toronto Maple Leafs will try to snap a two-game losing skid on Saturday night in St. Louis against the Blues, but two of their key players might be a little tired come puck drop.

On Friday night, Tyler Bozak’s wife, Molly, shared a photo that will warm the heart of every single Leafs fan, despite her caption.

Trying to tire out the enemy 🍁 pic.twitter.com/dCPRklobd7

Looks like Tyler teamed up with his son, Kanon, and took on two of his former teammates in Mitch Marner and Frederik Andersen.

Saturday’s contest will be Bozak’s fourth career game against the Maple Leafs, and he has two assists in the three games against his former team.