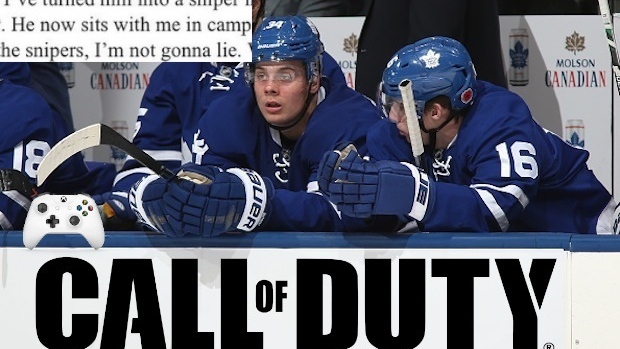 It hasn't taken Auston Matthews and Mitch Marner long to give Toronto Maple Leafs' faithful something to get excited about on the ice, and the two have an equally exciting bromance off the ice producing hilarious moment after hilarious moment for fans to enjoy.

The latest came when Marner decided to discuss 'Call Of Duty' with the media on Tuesday, bringing up how he's been helping Matthews improve his gaming skills.

When back at home, good guy Mitch Marner has been helping his buddy Matthews be less "terrible" (as Rielly would say) at Call of Duty pic.twitter.com/YB1lvcpsIo

The jab could be payback for this All-Star calibre chirp Matthews tossed in the comment section of Marner's vacation photo on Instagram.