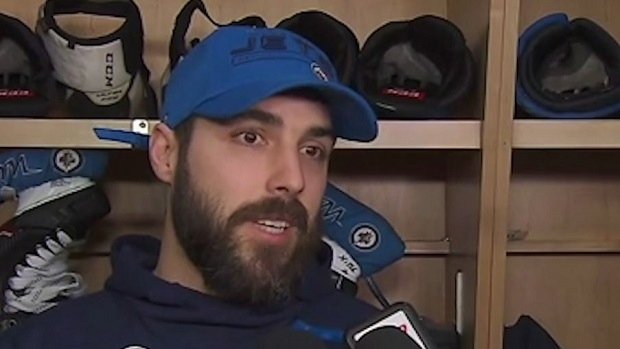 On Tuesday night, the Jets and the Canucks went head-to-head in Winnipeg. Even though it was the hosts who came out on top, 4-0, Jets forward Mathieu Perreault was fuming after the game.

Ahead of Friday’s game against the Tampa Bay Lightning, Perreault spoke to the media and apologized for letting his emotions get the best of him in his previous answer.

Mathieu #Perreault explains how his emotions got the best of him and apologizes for his comments.

While Perreault apologized for his emotional words and said he isn’t actually going to smoke the next guy who does that to him with his stick, but he still maintains his frustration that no action was taken for the incident.​