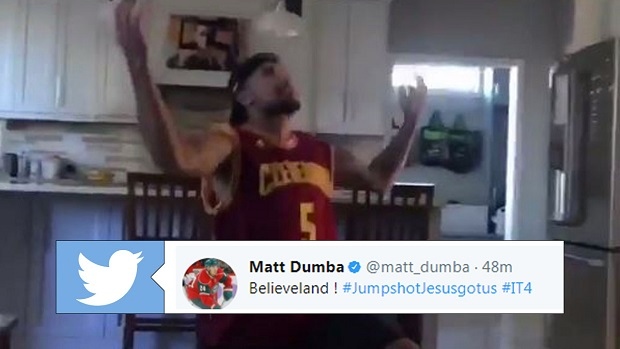 Unless you follow Minnesota Wild defenceman Matt Dumba on Twitter, you probably had no idea he’s a huge Cleveland Cavaliers fan.

Throughout last season's NBA playoffs, Dumba showed his support for the Cavs on a nightly basis by tweeting during their games, which also included him saying the Cavs would beat the Golden State Warriors in seven games.

Considering Dumba is a big Cavs fan and was one of many people thrown off by the news that Kyrie Irving wanted out of Cleveland, the Wild defenceman decided to celebrate the trade news by disposing of his Irving jersey by shooting into his garbage can.

Dumba even used the hashtag #IT4 in his post, so clearly he’s excited about Isaiah Thomas joining the Cavs. We’re guessing he’ll have a Thomas Cavs jersey in his collection in no time.