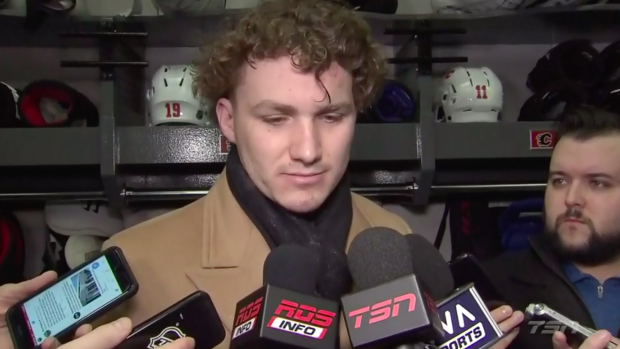 The ruling is in on Zack Kassian’s tiff with Matthew Tkachuk from Saturday night. For the altercation, Kassian will be suspended for his next two games (which, interestingly, means his first game back will be against Tkachuk and the Calgary Flames).

Zack Kassian has been suspended two games for his incident with Matthew Tkachuk.

While Tkachuk escaped punishment from the league, his initial hits that led Kassian to retaliate were definitely polarizing and he’s been getting all kinds of shade from players for his decision to turtle in the fight.

No regrets for Tkachuk, though. He doubled down to reporters on Monday, saying that it wouldn’t have been a fair fight and that probably half of the league wouldn’t want it with Kassian.

Matthew Tkachuk defends on his decision to turtle against Zack Kassian 👀

Let’s just say that the Oilers are not too pleased with Tkachuk right now, and that their rematch in two weeks could get spicy fast.

James Neal didn't hold back when asked about the Matthew #Tkachuk situation as the Battle of Alberta heats up. 😬