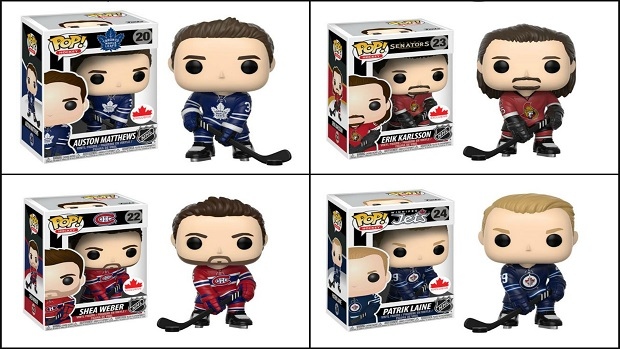 Even if you’re not familiar with the name Funko, you’ve most likely seen one of their figurines at some point in your life.

From pop culture to sports, Funko holds hundreds of licenses and have created tens of thousands of different characters over the years. Last year, they introduced their first official line of NHL figurines and it was an absolute hit.

On Friday, Funko unveiled the players who will be featured in the second set and the list for the second series is much larger than the first series. Due out in November, the second set will feature 25 players from around the league, including a representative from every Canadian franchise except the Edmonton Oilers.

According to the company’s website, the players from the Canadian teams will be exclusive to Grosnor Distribution in Canada, while the rest of the figurines will be available throughout North America.

They also have a new set being released later this Fall and that’s the Pint Size Heroes collection.