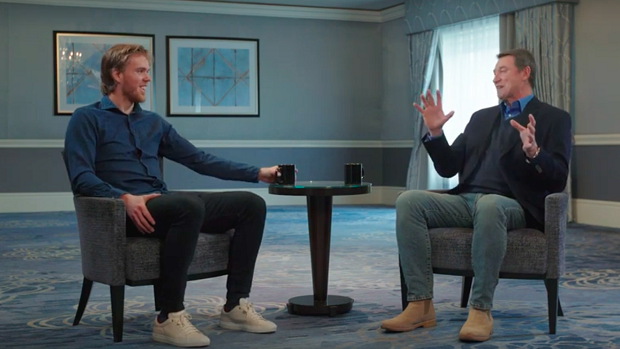 Both Wayne Gretzky and Connor McDavid have a few things in common, with two of those things being they were scouted at such a young age and they’ve both worn the ‘C’ for the Edmonton Oilers.

Before the coronavirus pandemic, the two got together for a special sit-down with GQ and GQ Sports, and The Great One recalled the first time he reached out to a young McDavid.

Wayne #Gretzky recalls one of the first times he reached out to a young Connor #McDavid in a sit down with @gq and @gqsports. . (🎥: @gqsports)