Connor McDavid has been the lone bright spot in what has been an utterly disappointing Edmonton Oilers season.

After making the playoffs and finishing eighth in total goals in the 2016-17 campaign, the Oilers are currently out of playoff contention and have scored just 50 goals in 20 games (28th). Though the captain isn’t on pace to reach his same totals from last year, he has still managed to produce respectable numbers. 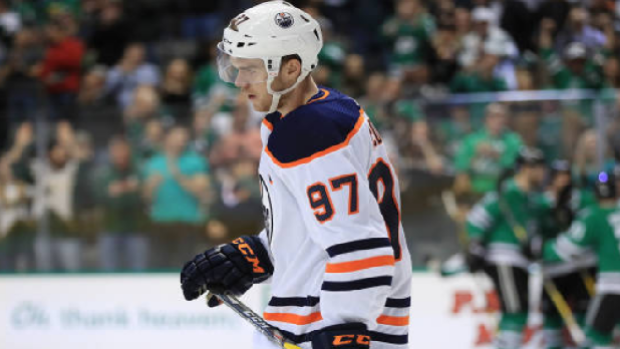 The next highest point total on the team belongs to fellow first-overall pick Ryan Nugent Hopkins, who has just eight goals and seven assists. Draisaitl is next in line with 14 points in 16 games.

After trading Taylor Hall and Jordan Eberle over the past two years, Edmonton has now found themselves stuck in a funk they can’t seem to escape, and seeing both players endure success with their new clubs adds even more salt to the wound. Hall has an impressive six goals and 15 assists with the high-flying New Jersey Devils while Eberle has contributed seven goals and seven assists for the New York Islanders.

The season’s still young but the organization is starting to feel the heat. If they don’t turn things around soon, they could find themselves out of the playoff picture come April.