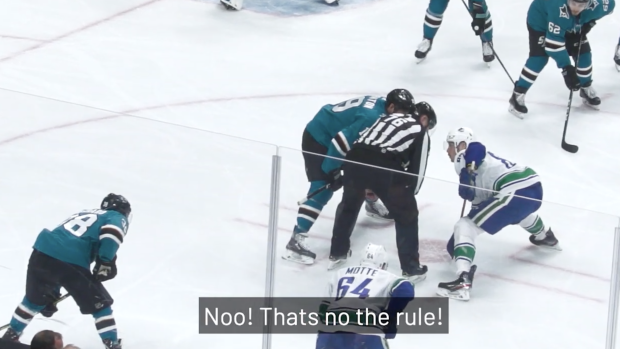 The job of a hockey referee is not an easy one by any means.  Between the rigorous travel schedule and players, coaches, and fans yelling at you game in and game out, reffing isn't for the faint of heart.

Add in the fact that you basically have to know the rule book inside and out and you've got yourself a job that is both mentally and physically demanding.  The officials in the NHL are the best at their job for a reason, though, and this interaction in a recent game between Joe Thornton, Jay Beagle, and a linesman shows just how knowledgeable they are.


If Beagle did look up the rule, he would have found this:

So, according to the letter of the law, Thornton was correct in putting his stick down first, not the other way around because the Sharks were in their own end of the ice.

It's always insightful and informative to hear these conversations between players and officials, and we're hoping to see more and more of them in the future.