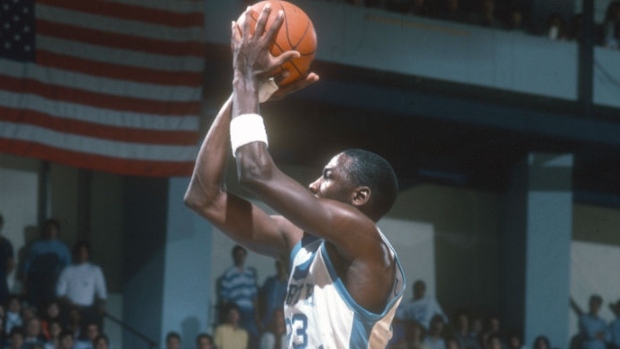 The jersey was photo-matched to the 1982-83 season, when Jordan won NCAA Player of the Year from The Sporting News, and is the same jersey he wore on the cover of the magazine when he won the award.

The sale broke the previous record for a Jordan jersey, also set by Heritage in October, when a game-worn Chicago Bulls Jordan jersey from the 1986-87 season sold for $480,000.

"As the final price tag proves, this jersey has everything any serious collector could possibly want," said Chris Ivy, director of sports auctions at Heritage.

The North Carolina jersey was first obtained in 1983 when equipment managers from Stanford and North Carolina swapped player jerseys after a game during the Stanford Invitational tournament at Maples Pavilion.

Jordan memorabilia, including his rookie cards, continues to smash previous records. Two Fleer PSA 10 rookie cards sold for $738,000 each, with more cards coming on the market in recent weeks looking to push past those records as well.