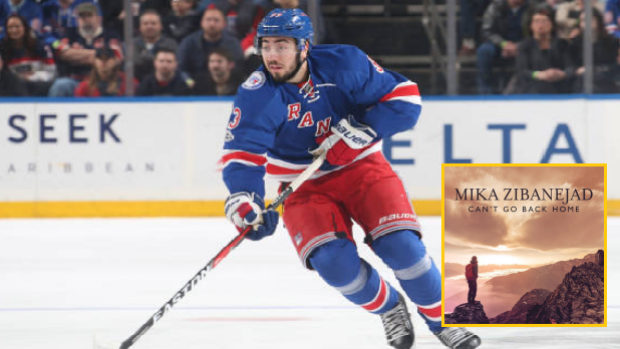 New York Rangers forward Mika Zibanejad is living a double-life that most millennials can only dream of.

The 24-year-old signed a five year-$26.75 million contract this past offseason and will play out his young adulthood in the glorious city of New York. In his spare time, he has also been producing some pretty incredible music.

Earlier in the summer, Zibanejad, who goes as ‘Mika’, released his first single entitled ‘Forever’. The song received some great feedback and has over 80,000 views on YouTube.

The Swede continued his pursuit of music over the offseason and released his newest track entitled ‘Can’t Go Back Home’. Take a listen, as you’ll likely find it to be very catchy.

The Rangers already have a goal song at the Madison Square Gardens ,but they really need to consider fitting some of these energetic tracks into their playlist. Maybe the guy will even come out after a home win and put on a short performance?

It’s nice to see players demonstrate a passion for other hobbies outside of the game, and ‘Mika’ is certainly strong in both crafts.