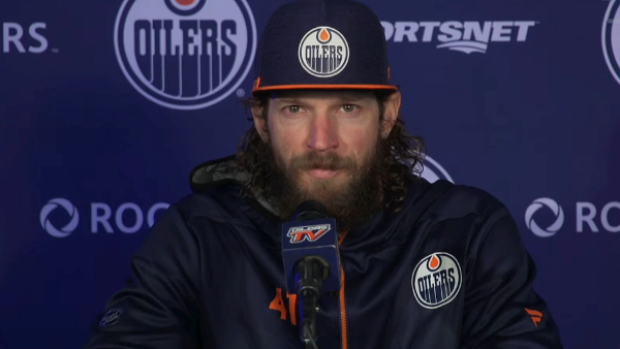 The Battle of Alberta is alive and well, folks! In fact, you could argue that it’s raging as hot as ever after a wild year between the two teams.

It all started with the beef between Edmonton Oilers tough guy Zack Kassian and Calgary Flames pest Matthew Tkachuk, one which led to a crazy game between the two teams culminating in a Mike Smith vs. Cam Talbot goalie scrap at centre ice.

The fans (it was a month and a half before the COVID-19 shut down) absolutely loved it. When it was announced that Canadian teams would exclusively play against each other in the newly formed “North Division,” we knew the rivalry wasn’t softening anytime soon.

On Saturday, the Oilers defeated the Flames help in part to a big performance from Mike Smith. The loss severely hurt the Flames’ playoff hopes, leaving them 8 points back of the Montreal Canadiens and the Habs currently holding the tie breaker.

When asked if it was extra satisfying to defeat such a bitter rival, Smith’s intensity was chilling to the bone.

Pretty sure Smith could have turned the reporter to stone if the presser wasn’t being conducted through Zoom.

While we would love to see the Oilers and Flames meet in the playoffs, we’re guessing these two teams will pick up where they left off next season if the Flames are eliminated. Maybe by then there can be some fans in the arena, too.