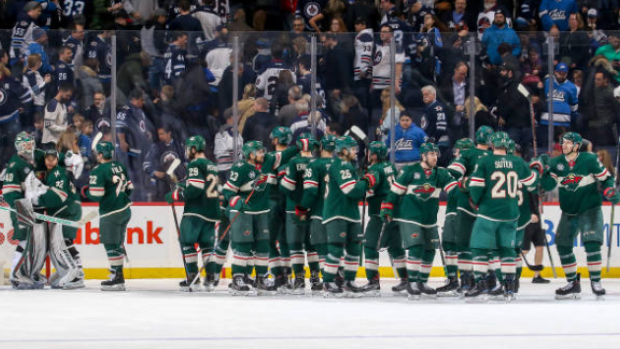 You have to hand it to the Minnesota Wild.

Sitting in the first wild-card spot in the Western Conference, the team is in the midst of a playoff push despite significant roster modifications ranging from injuries to trades. Since starting the season, Matt Dumba and Mikko Koivu were injured, while Nino Niederreiter, Charlie Coyle and Mikael Granlund were traded for Victor Rask, Ryan Donato and Kevin Fiala, respectively.

Rookie GM Paul Fenton has officially put his stamp on the team in hopes of helping them compete at a higher level this season while having an eye towards the future.

What was one of the more veteran-laden roster, the Wild now have more cap space to work with, while injecting rejuvenation the team with a shot of youthful exuberance.

The Wild are trying to do something that's no easy feat to execute in the hockey world: rebuild on the fly while staying competitive.

Wild fans weren't overly happy with the team's moves prior to the deadline, dealing out three likeable players who the fan base endeared. With season-ticket renewals on the horizon, owner Craig Leipold issues out a video to ticket-holders explaining the plan in Minnesota.

“Just​ so we​ all understand,​ this​ is not​ a rebuild, issued the owner in the video.

“We are building on the fly, and that’s kind of our mantra right now."

The Wild have reached the post-season in six-straight seasons, but haven't advanced past the first round since 2014-15.

“We know that Paul Fenton is incredibly good at identifying great players, of drafting well, of developing well. That’s one of the reasons I brought Paul in.”

The Wild have sold out 220 consecutive hockey games at the Xcel Energy Center. As per Cap Friendly, the team will have $19.5 million of cap space this offseason to make a splash on the open market with 17 players under contract.