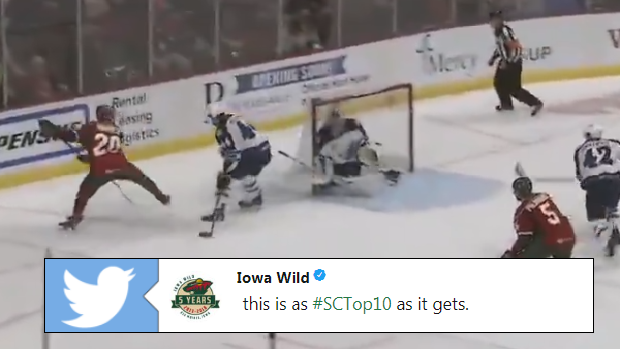 It’s always enjoyable to see a player go through the legs for a goal, but it’s not quite as rare as it used to be. Players are less worried about looking like a show-off, as more than a few have proven the tricky tactic can work without trying to be too fancy.

In an American Hockey League game between the Iowa Wild and Manitoba Moose, Wild forward Gerald Mayhew utilized the trick for a marvellous goal. After quickly grabbing possession of a loose puck, Mayhew managed to go through the legs from way outside the crease and elevate it in the top corner.

Mayhew’s goal ranks near the top of a long list of players who have also pulled off the move. Here’s a look at a few other impressive ones.

Former @edmontonoilers forward #LennartPetrell made his 100th career goal in the Finnish league a memorable one with this sick through the legs spinning tally. . (Via: Reddit/Hockey)

WATCH THIS: @AnaheimDucks prospect @Jones_Max19 goes between his legs, backwards to extend the @GoLondonKnights lead. pic.twitter.com/x2JqcBHxhX

An undrafted player form the USHL, Mayhew spent four years at the NCAA’s Ferris State University before earning a role with Iowa. If you didn’t know the name before, this goal is sure to help put it on the map. 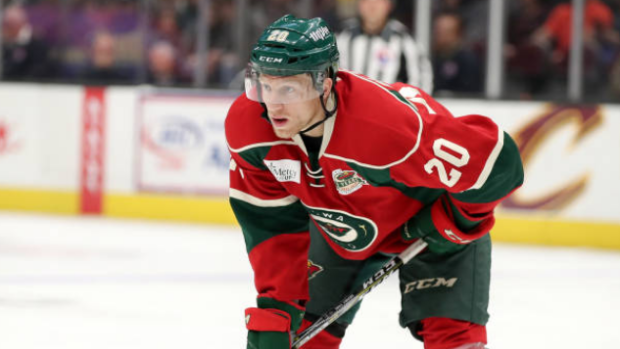 Mayhew’s effort wasn’t enough as the Wild fell to the Moose 4-3. Though their team didn’t win, at least fans got to witness an early goal-of-the-year candidate.