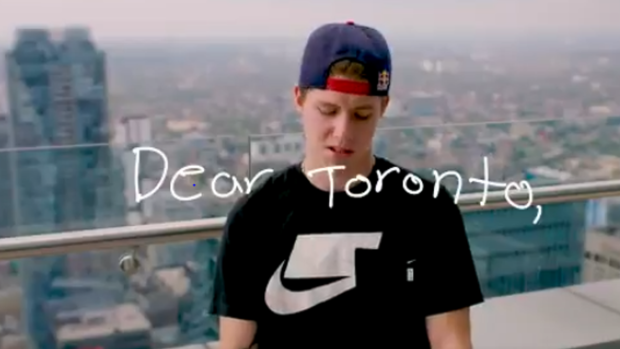 Over the past few years, Mitch Marner has really adorned himself to the city of Toronto. Representing the area as it is, the city fully embraced Marner’s goofiness, and it helps that he flashes some wizardry on the ice from time to time.

That relationship took a bit of a turn over the past summer, as Marner’s contract situation got a little hairy. While speculation and opinion around Toronto was just about as wide of a spectrum as could be, the general feel started to sour as fans heard more about the deals Marner was reportedly turning down.

Kyle Dubas and the Buds brass got the deal done, dishing out a healthy $10.893 million in the process. Marner was met with a rousing cheer when he took the ice on Wednesday night, but he wants to go the extra mile in telling Leaf fans how he feels.

Using LeBron James’ “Uninterrupted” as a platform, Marner pours it all out for the fans.

While the feeling of love is likely returned by a large portion of the fan base, Marner getting it done on the scoreboard would really do wonders.