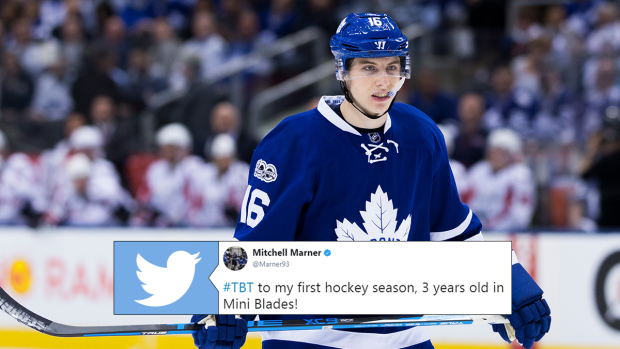 Most players in the NHL have been dedicated to hockey for almost all of their lives – but some started earlier than others.

You’re not going to find many earlier hockey photos than the one Mitch Marner tweeted out, which was of him at three years old in mini blades. We know Mitch Marner has been a long-time Leafs fan, but we’re not sure whether or not this frame came from before or after he was drafted. Either way, there’s plenty of other evidence of his childhood fandom.

Funny enough, he’s not the only Leaf to have a childhood association with his current team.

Last offseason, James van Riemsdyk was back home in the summer and happened to find a photo of himself wearing a Toronto Maple Leafs hat and he’s from America. He wasn’t sure why he had the hat on, but apparently it was meant to be.