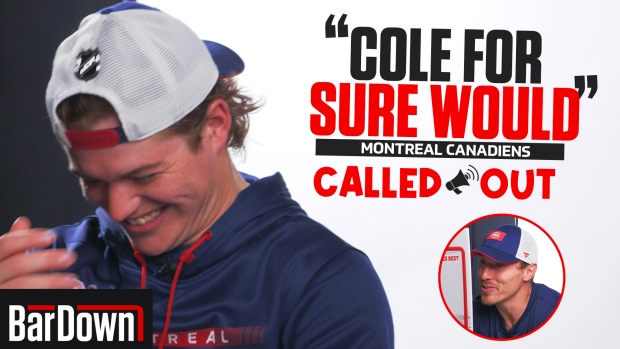 At times, NHL players can get bashed for not showing enough personality. Media training is obviously an important part of professional sports, but sometimes getting some fun answers out of a media-savvy NHL player is like pulling teeth.

The best way to do it? Well, maybe just ask the players about their teammates. They seem to have much less of a filter when it comes to playfully sewering those closest to them!

As part of NHL media day, we decided to put the Montreal Canadiens players on the spot and reveal some juicy secrets about their teammates. While none of the answers were truly incriminating, it was fun to watch the players peel back the curtains and fill us in on some of the behind-the-scenes content from an NHL squad.

Alright, a couple notes here that may come off as unsurprising when you really think about it.

Cole Caufield seems to have one of the biggest personalities on the team, and Brendan Gallagher isn't far behind. Both were picked for a plethora of categories, and both seemed to expect it about themselves as well.

The best is when the whole team bands together to expose one particular teammate. Looking at you, Jake Evans (and your troubles with taping a stick!).

How do we get ourselves into this Habs team group chat?