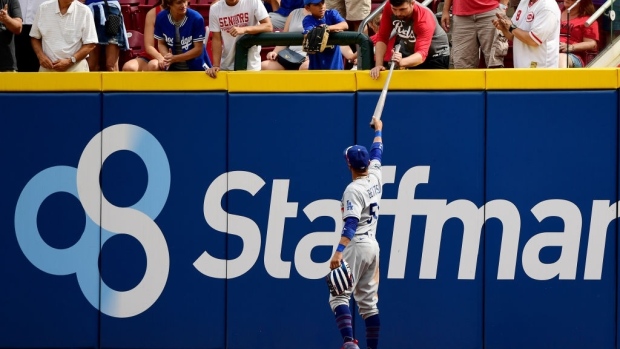 Having your first Major League hit is definitely a special moment for any baseball player, especially when it’s a home run.

So of course being able to get ahold of that ball after and tracking it down would be an incredible keepsake moment.

Following Friedl’s homerun, Betts had turned to the fan, Michael Diddle of Ohio, and asked him to toss the ball back so he could give it to the rookie.

The fan then tossed it back on the field for Metts to throw into the Reds dugout for Friedl to have.

How awesome is that!?

It gets even better though.

Mookie then ran out the next inning and handed the fan a signed bat for his generosity.

Michael Diddle of Portsmouth, Ohio, caught the ball from TJ Friedl’s first MLB hit, a home run. Dodgers RF watched the ball, asked for it and told Diddle “I got you.” In the bottom of the 7th, Betts came back with a signed bat pic.twitter.com/wVT8kh9vNX

This is what baseball is all about, heartfelt moments like this!