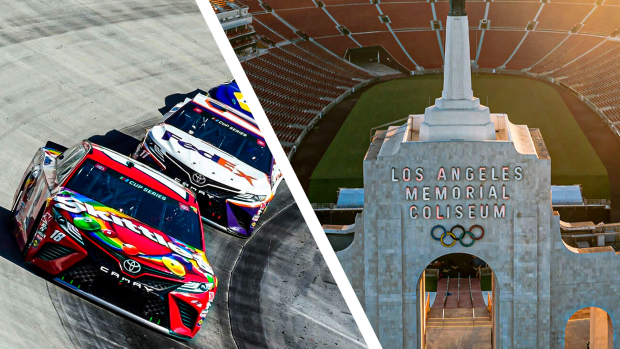 NASCAR heads to LA for a Clash at the Coliseum

The city of angels is set to be met for the roar of 20+ engines next February, as the NASCAR Cup Series is set for an almighty battle for the “Clash at the Coliseum!”

In the season’s preliminary race to kick start a new NextGen era, NASCAR heads to the Los Angeles Memorial Coliseum for some short-track racing on a temporary quarter-mile racetrack. The venue has hosted some historic sports events in the past including the first Super Bowl and now currently plays host to the USC Trojans for their home football games with the capacity set at a whopping 78,467 people. Of course this race is not for points and is all about going for the trophy so we're expecting tempers to flare with the classic bump and run very much in play.

See you in 2022, Los Angeles. pic.twitter.com/SAKJ5kiMqM

Start your engines, LA 🚦 NASCAR is coming to the Coliseum in 2022 🏁. On Sunday, 2/6, we will host a racing exhibition featuring the sport’s greatest drivers and other star-studded surprises. Tickets go on sale 9/16 through @Ticketmaster. #NASCAR #ClashAtTheColiseum pic.twitter.com/wWvfXrFART

Two Olympic Games, (and a third coming in 2028).
The first Super Bowl.

And now, the @lacoliseum will host @NASCAR's Clash in 2022. pic.twitter.com/vSrx5q3oPM

"This is gonna be somethin' you DO NOT wanna miss."@ClintBowyer, @TylerReddick and @jamiemcmurray take a few @iRacing laps around the LA Coliseum during NASCAR Race Hub. pic.twitter.com/4vzzcRgrEu

This is a massive shift for the sport as this race is traditionally hosted at Daytona International Speedway and fans are obviously very excited for this new spectacle, but are also drawing comparisons to the first Disney Pixar movie, Cars.

I’m so hyped for this. Legendary stadium, debut of the new car, tight short track, and right before the Super Bowl the next week in the same city. Holy crap, it’s gonna be such a cool atmosphere. https://t.co/tDgdYGH2Gg

All we know is, we couldn’t be more pumped to see this in action.