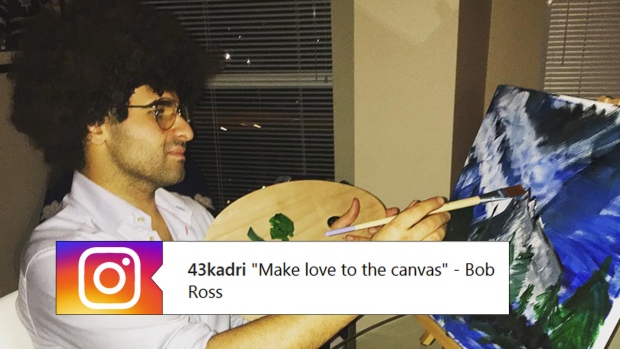 Halloween is right around the corner and professional athletes have already started showing off their costumes.

From Ronald McDonald to Doug and Steve Butabi from A Night at the Roxbury, we’ve seen a lot of great costumes so far and now there’s another one to add to the list, courtesy of Toronto Maple Leafs centre Nazem Kadri.

Out of all the costumes we’ve seen over the years, this might be the first time we’ve seen an athlete go as famous painter Bob Ross.

We’re guessing that a Toronto Maple Leafs Halloween party might be around the corner considering Mitch Marner revealed earlier today that he and Matt Martin were planning on going as Dr. Evil and Mini Me from Austin Powers, but their girlfriends kiboshed the idea.

It's only a matter of time until the rest of the costumes start getting leaked online.