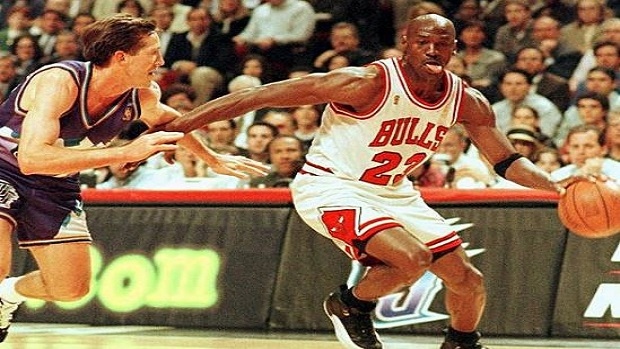 2K Sports does a very good job keeping NBA 2K up to date and they’ve already released a bunch of different updates since the game’s release in September. From the typical roster updates to adding new features in The Neighborhood, the game’s developers and creators are always finding ways to improve the game.

Their most recent patch includes a lot of different updates and changes with a majority of them taking place in the MyCAREER mode, but one of the changes includes Michael Jordan’s physical appearance.

Michael Jordan was known for sticking his tongue out during games and the people over at 2K Sports wanted to add that minor feature into their recent game.

A new patch for NBA 2K18 is noted to have made "Michael Jordan’s tongue...a little more Mike-like"

Here is what Jordan's tongue looks like now when dunking in 2K18. So, yeah, probably will take a fix in another patch for what they've done here. pic.twitter.com/fVk8hjaZFM

2K Sports released a full list of the patch updates on their Facebook page on Wednesday and the final point on the list was specifically about making Michael Jordan look more Mike-like.

We’re not sure if people actually complained about Michael Jordan’s tongue, but they’re willing to do whatever it takes to make their product as real as possible.