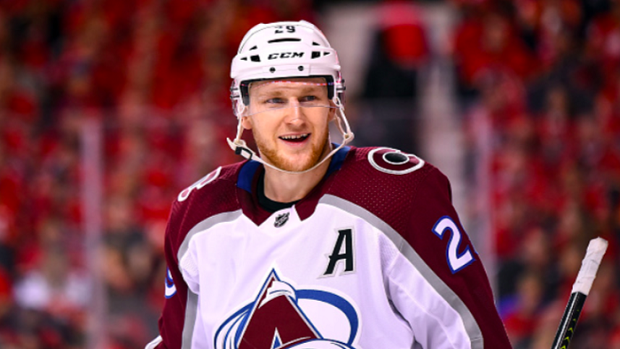 In addition to that, both teams have their fair share of superstars, which is always worth celebrating.

Last night, the the Nuggets’ Nikola Jokić was deservedly named this year’s NBA MVP. While Jokić got love from all over the Association, he also got an extra special videoboard shoutout from the Avalanche during Game 5 in Denver.

Got to celebrate another MVP in-arena!

Pretty sweet! This shouldn’t be super surprising, though, because it looks like Jokić and the Avs go way back.

We can't wait to see your jersey hang next to ours in downtown Denver to celebrate the playoffs at Pepsi Center.#MileHighBasketball #GoAvsGo pic.twitter.com/T9Kftt7Egx

Hockey gets the thumbs up from Nuggets' star center Nikola Jokić!#MileHighBasketball #GoAvsGo pic.twitter.com/dGvcmOf97C

Jokić is a big hockey guy, who knew?

When chatting about his MVP season with the media following his win, Jokić had all the love for the Avs, and specifically Nathan MacKinnon.

Nikola Jokic when asked about his place in Denver sports lore: "I remember Peyton Manning. Nate MacKinnon is playing. He's an All-Star. He's playing really well. I watch the games. I'm really into hockey because I think it's a great sport. Really dynamic."

We love the comradery between two of Denver’s finest, and we know both of their legendary status will just continue to grow in the city.