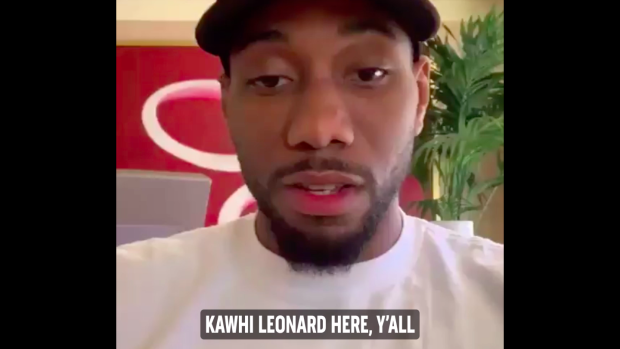 In just a single year, Kawhi Leonard has catapulted himself into the Raptors pantheon. He’s captured his second NBA championship, his second Finals MVP and the hearts of millions in Toronto and across Canada.

The two million or so attending the championship parade are receiving this video message from Kawhi Leonard via New Balance. He thanks Toronto, and the country as a whole for their support in his first year on this side of the border.

#Raptors fans at the parade are getting sent this video message from #KawhiLeonard 👀 • (🎥: @newbalancecanada)

Kawhi isn’t much of a public speaker, but this is definitely a neat little message directed at Raptors fans.

Is he letting his emotion show? Well, leave or stay, Kawhi is definitely grateful to Toronto for the love they’ve shown him.

#Kawhi thanks Toronto for the support 🙌