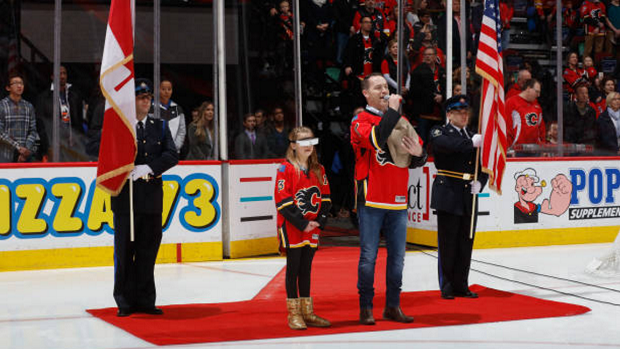 Following hockey is one of Canada’s favourite pastimes, but it’s easier for some than others.

For people like Olivia, a legally blind 11-year-old from the Calgary area, the game has been experienced in an entirely different way. She suffered rare form of eye cancer as a child, which led to her becoming legally blind and although she has been to a Flames game in the past, yesterday’s was different.

Yesterday, she watched the game.

With assistance from a medical device made by eSight, she was able to see her surroundings through  enhanced video captured and projected live by a camera in the device you see below.

We had a special guest on the bench today! Olivia is watching her #Flames for the 1st time thanks to specialized glasses for the blind! pic.twitter.com/OAkS5dlcxg

The flames did not disappoint either, as they beat up on the Islanders 5-2.

A highly skilled team like the Flames is a fun team to watch in every game, so hopefully she’ll be able to watch more sometime soon.

Up close with Chucky. pic.twitter.com/HxapeI6jNX