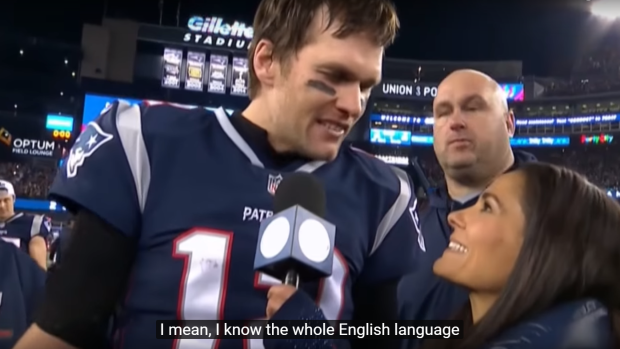 The Super Bowl is easily one of the biggest events in North America. Pretty much everyone on the continent knows when the game is taking place, regardless of whether or not they actually watch football.  That's why so many companies choose to launch major projects on Super Bowl Sunday...because there's more than 100 million eyeballs on the event.

Sunday, the team at Bad Lip Reading -- a YouTube channel -- released their newest edition of  "A Bad Lip Reading of the NFL." Following the first edition, which was released a few years back, the NFL Bad Lip Reading series has gone on to gather hundreds of millions of views. This year's version did NOT disappoint.

Random, funny and absolutely wonderful. We just can't get enough of the Bad Lip Reading series. Just in case you've never seen some of the channel's other work, we highly recommend that you watch some of their Star Wars songs, as they're just as good as the NFL editions, if not better.