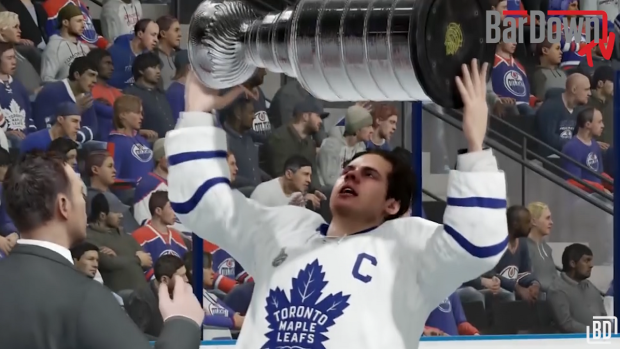 So what happens when you spend just as much time in front of a screen playing sports games as you do watching live sporting events? Every thought we have gets passed through a distinct, pixel based filter. With that we present to you our newest series...Thumb League.

Now, we all know that the Toronto Maple Leafs are sometimes under a little more media scrutiny than other teams in Canada and hockey fans in other markets want their due. Success is the easiest way to make people pay attention, and you’re seeing it more and more as people start to give Erik Karlsson the credit he’s probably deserved all along.

Still, with the exciting rookies in Ontario’s capital city, Auston Matthews and Mitch Marner doing just about anything can become news. With that said, stop what you’re doing and watch what would be any Sens fans’ worst nightmare.

Don’t worry Sens fans, all eyes are on your team as they try their best to take down the defending champion Pittsburgh Penguins.