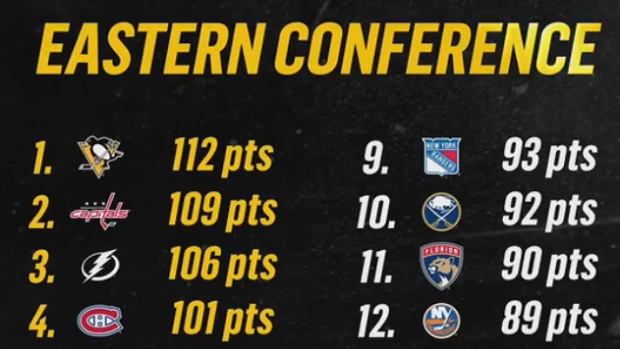 The Tampa Bay Lightning had a rough time last season. After many injuries and disappointing performances, they appear healthy and ready for a bounce back season.

NHL 18 did their annual simulation for the NHL regular season and playoffs, and a year after correctly predicting that Nashville would make it to the Stanley Cup final, they have another couple hot takes. First of all, the Golden Knights didn’t finish last. Sorry to say it Canucks fans, but NHL 18 has you finishing last in the Western Conference, but not last in the league (That was reserved for the Red Wings)!

We got a good feeling about this year's Season Simulation!🤞😅#NHL18

The Lightning will really have to bounce back this season, but they have all the tools to do it.

If Stamkos can remain healthy for a full season, that’s already a huge difference, but Nikita Kucherov also feels that the team has a different energy this season than they did last. He was particularly outspoken about the team’s poor attitude last season so that is noteworthy.

Some of the more disappointing surprises include Ottawa, St. Louis, Chicago, Los Angeles, Florida and New York (Rangers) all missing the playoffs.

The season officially gets underway tomorrow where we’ll get our first idea of how these standings might fall in to place. Game on!