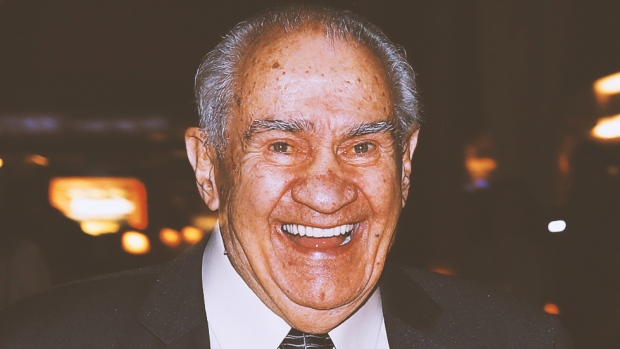 The NHL General Manager of the Year Award is getting renamed in honour of late Leafs GM and NHL executive Jim Gregory.

The league's GMs unanimously voted in favour of the change during their annual November meeting. Gregory passed away on October 30th; he was 83 years old.

The league ran it by the GMs today and it got a unanimous stamp of approval.

Gregory was the GM of the Leafs from 1969 to 1979, and he was known as one of the first executives to sign European talent over to the NHL. Following his tenure with the Leafs, Gregory worked in the NHL head offices in various roles until his death.

Bruins GM Don Sweeney is the current holder of the award, which will officially be renamed the Jim Gregory General Manager of the Year Award.

Gary Bettman on renaming GM of the Year w/ the Jim Gregory General Manager of the Year Award: "Jim Gregory transformed the art of team-building. Our GMs regularly sought his counsel ... they universally revere his lifetime of service to the NHL" pic.twitter.com/42O8UsqozZ