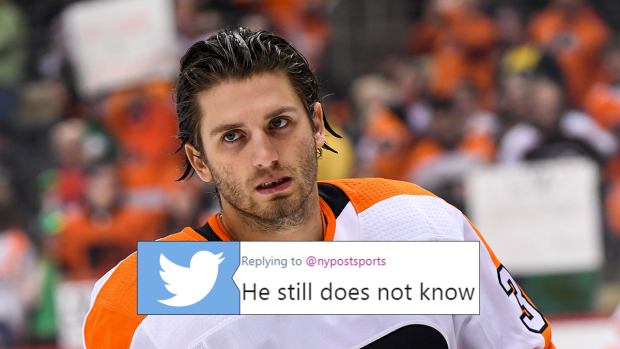 Ryan Hartman’s trade was preceded by a now serendipitous tweet in which he said he was going off the grid. A lot of fans have responded to the tweet with jokes, but his mother definitely had the best response of the day.

There was a lot of jokes that speculated what Hartman’s reaction might be like when he sees his phone again, but there was still room for skepticism about whether or not he found out. Normally you would assume at least someone around him might have access to a phone a let him know, but his mother Kim Hartman just confirmed that he does not yet know that he has been moved.

Initially, she tried to reach out to him and has since confirmed that he is unaware.

Ryan u need to call your mom ! Lol

He still does not know

This story had us on the edge of our seats, so we reached out to Kim to confirm that he has in fact not heard of the trade. She shared that "Ryan is in a remote area in Canada fishing with no phones. So he does not know about the trade."

Will someone get a hold of him before Saturday? If so, how will they do it? Kim has one more idea that might be necessary for wherever he is hiding out.

Off the grid texting .. might have to send this out pic.twitter.com/NQgHieAXwx