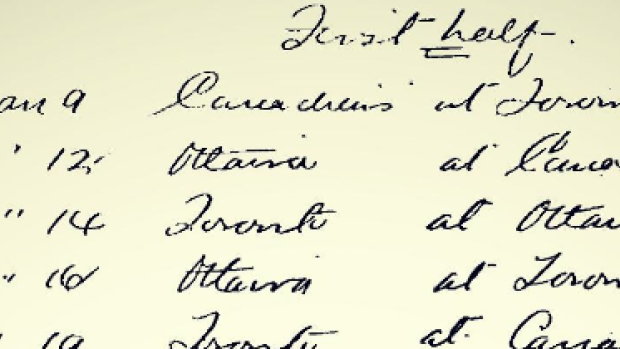 Sunday, November 26th was a historic day for the NHL because on tis day 100 years ago, the NHL was officially founded.

Well, that's exactly what's been happening Sunday as teams have been wishing the National Hockey League a Happy Birthday on Twitter.

The NHL also celebrated the birth of hockey, but they did it in a historic way as they tweeted out the first ever schedule which was written by hand.

They wrote the first schedule by hand and adjourned the meeting.

And just like that, the NHL was born. #NHL100 pic.twitter.com/mDzxWoO91h

How cool is that?  Also, the fact that the NHL tweeted that handwritten piece of history truly shows how far the game has come.