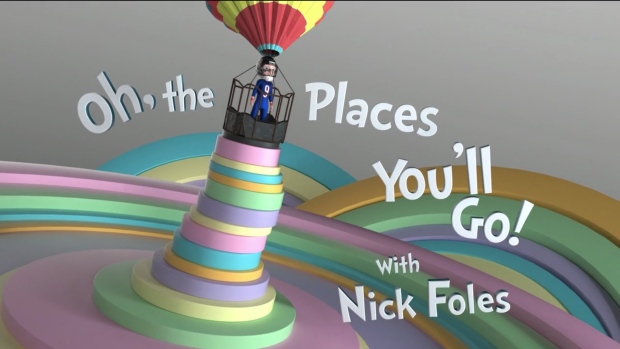 Alright, we’re not sure who is on the graphics team for ESPN but they deserve a raise.

With the Chicago Bears facing the Los Angeles Rams in week seven for some Monday Night Football, Nick Foles would also be facing one of his former teams. Being a part of seven franchise’s within his career, ESPN decided to highlight his journey and make an incredible Dr. Seuss inspired-graphic following the children’s book "Oh, the Places You’ll Go!"

Beginning his journey with the Philadelphia Eagles following the 2012 NFL Draft, the animation goes on to showcase his time with the St. Louis Rams, the Kansas City Chiefs, back to the Eagles, the Jacksonville Jaguars, to where he is currently with the Bears.

ESPN did a Dr.Seuss for Foles lmao pic.twitter.com/E2akfnLiis

From a cartoon version of Andy Reid, to the Gateway Arch to highlight the Rams' time in St. Louis, to even the Lombardi trophy to highlight Foles’ Super Bowl LII win with the Eagles, the graphics crew simply did not miss.

Seriously, how cute are the animated sheep?

We expect to see a Tom Brady Green Eggs and Ham graphic next week though, we cannot get enough of this.