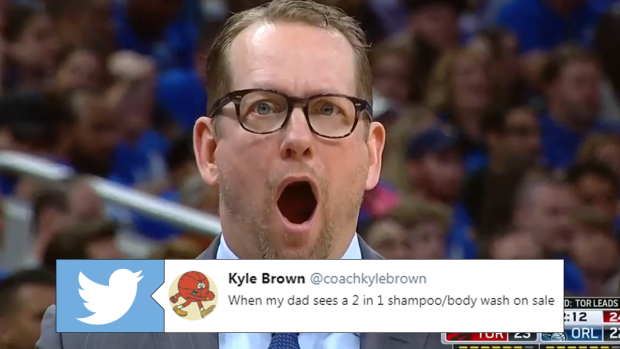 Nick Young, Michael Jordan, LeBron James. The NBA is full of meme’d people. The latest to join the ranks is Nick Nurse.

It was the first quarter of Game 4 between the Toronto Raptors and Orlando Magic when Nurse dropped a legendary reaction. Cameras caught Nurse with his jaw nearly on the floor after a Raptors turnover, and the internet has had a little fun with it.

ME: Is the Magic game any good?
Nick Nurse: pic.twitter.com/kjYaaaJYf3

The Roman soldiers when they found the tomb empty

When you realize the Easter Bunny isn't real.

Me, if this game isn’t wrapped up by 9pm.

Me after that lightning-blue jackets series ended

When NFL Draft week is here.

After finishing a 2 liter of soda in under 10 minutes. pic.twitter.com/9vMqQxrHWh

When Kawhi says he actually wants to stay