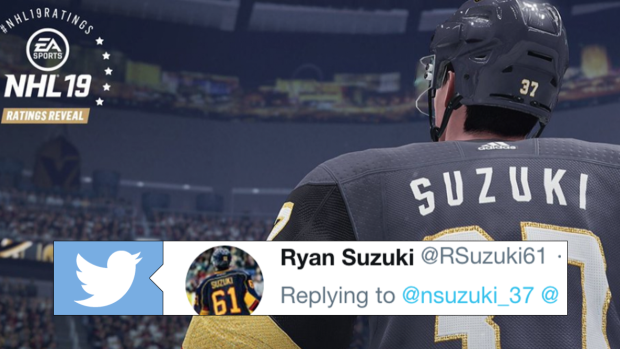 It must be insane to grow up playing a sports video game each and every year like the NHL video game franchise, for example, and eventually make it into the game.

Could you imagine being in the NHL or being a prospect and having the ability to play as yourself in the game you grew up playing with all of your friends?  It's crazy to think about and even if a player isn't given a great rating, being in the game is good enough.

That said, a not so great rating could come with chirps from fans, friends, and even family members as Golden Knights prospect Nick Suzuki found out when he tweeted out his NHL 19 rating.

It's safe to say Ryan Suzuki, Nick's brother, won't be using him in HUT either.  On the bright side, things could be worse when it comes to ratings.

EA wrong for this one 💀😶 @bardown

At least Nick isn't a 46 because if he was, his card might not even be worth quick-selling.