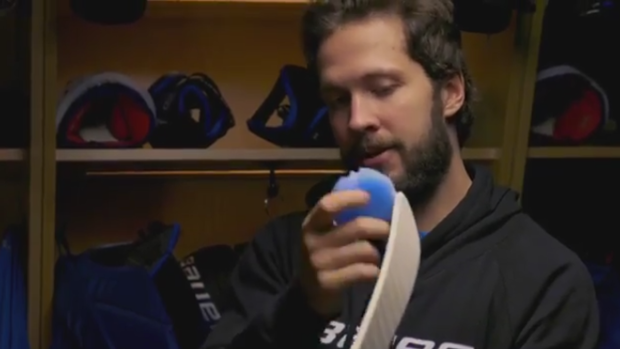 Nikita Kucherov has a large lead in NHL scoring this season, so whatever he’s doing to his sticks, he shouldn’t change a thing.

One of the most unique things about hockey players and their equipment is their tape job. Whether they’re taping from heel to toe, covering the toe, not covering the toe or any other options, is totally up to them and can often change as much as a shift-by-shift basis. One other thing that seems to be a drastic difference for some players is whether they like marks on their tape.

Some players like Patrick Kane choose to mark their stick up with pucks, but others will totally re-do their tape job if they start getting too many puck marks. Kucherov explained where he falls on that spectrum in a Bauer feature about his stick tape.

“I get a little frustrated when I get too much marks. I like it to be clean and fresh. I don’t like any marks on my blade and if I have too many marks I will change it because I want to have nice tape.”

That is just one part of a clip where Kucherov explains basically everything he does with his stick. That includes cutting it, taping the knob, taping the blade and waxing it. They also have some of the details of his custom stick in the caption, in case anyone wants to match his style.