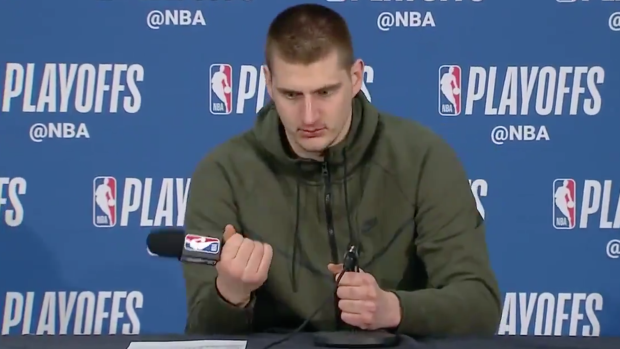 One of the best rivalries going in the NBA playoffs right now is Nuggets star Nikola Jokic versus the post-game presser microphone.

The battle between the two has been fairly even this far with both shining in different moments, but Sunday night after Denver evened their series against Portland the microphone took the "W" in hilarious fashion.

Yo, microphone check one two… What is this? 💀#Shaqtin pic.twitter.com/q9YOYDklDn

Jokic's face after breaking the mic is everything, along with him saying "someone broke it" like he was a kid trying to put the blame on someone else to avoid getting in trouble.

Jokic may not have won this round with the microphone, but we're all winners for being able to witness the battle and if you're a basketball fan, you're a winner because this series is now a best-of-three going back to Denver.