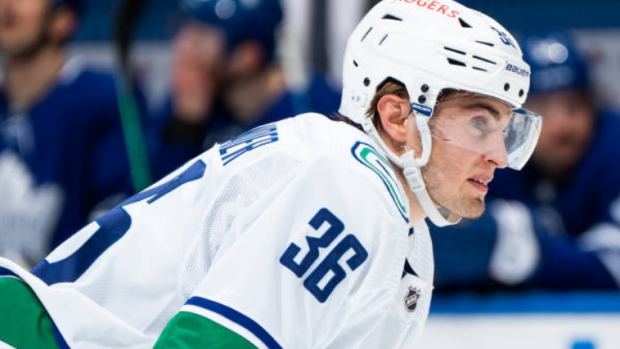 Hockey numbers may be thought of as arbitrary player-identifiers to some, but to most players that have ever worn a number, hockey numbers are sacred. Some are hand-me-down numbers from past generations, while others pay homage to favourite players. Some may represent other things like birth years, while others are… sure… random.

Nils Höglander has been rocking #36 since joining the Vancouver Canucks, but he will be switching it up ahead of the 2020-21 season. With Loui Eriksson off to the Arizona Coyotes, Höglander will be returning to his familiar #21, which he’s worn throughout part of his other playing days, including when he’s competing for his home country of Sweden.

While number changes aren’t totally uncommon, hockey fans couldn’t help but to poke fun at perpetual punching-bag Eriksson. There was a heavy flow of sarcasm that quickly filled the replies.

So they’re not retiring Loui’s number?

Here I thought 21 would have been hung from the rafters.....

Eriksson # not getting retired?

how dare he stand where Loui once stood